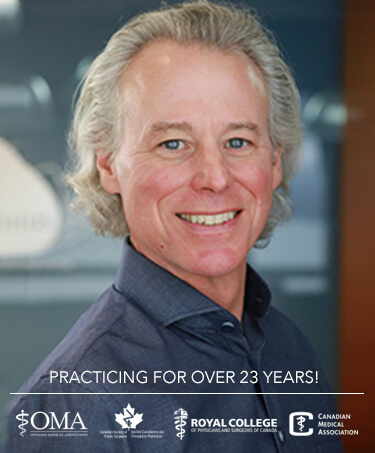 When you choose Dr. Nicolas Hynes you’re in excellent hands. He is a Cosmetic and Reconstructive Plastic Surgeon and is the Medical Director of Lotus Cosmetic Surgery Centre + Medispa in Hamilton, Ontario. He obtained an Honours Bachelor of Science Degree from the University of Toronto, followed by a Master of Science Degree. After graduating from McMaster University Medical School, he completed six years of specialty training in Plastic Surgery and received his certification from the Royal College of Physicians and Surgeons of Canada in 1997. An additional year was spent in the United States completing a Fellowship at the University of Utah in Salt Lake City.

Dr. Hynes is currently a Consultant in the Division of Plastic Surgery at St. Joseph’s Healthcare with additional courtesy privileges at the Hamilton Health Sciences Corporation. He also has an academic appointment to the Department of Surgery at McMaster University.

Dr. Hynes has a wide variety of interests and talents within his specialty. This encompasses all aspects of Reconstructive Plastic Surgery, including Hand and Microsurgery, but he has a special interest in Cosmetic Surgery. Dr. Hynes is up to date with the latest techniques and advances but, perhaps more importantly, he is known for his care and understanding.

You can be assured that Dr. Hynes will address your aesthetic concerns with the highest levels of skill and artistry.